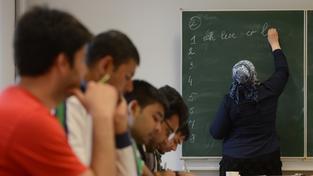 School is compulsory for children over the age of 6 years in Saarland. It is not only an obligation but also a great opportunity: School is a place where children can learn German quickly and make friends. This information sheet will explain how to register children for school.

Residence status is not important for the time being: The children can go to school soon as they are registered in Lebach and have been examined by a doctor. This can be in Lebach itself while they are still staying at the so-called reception centre – or not until they have moved to another town. However, the children do not need to go to school immediately but have the opportunity to settle down and get some peace and quiet first after their strenuous flight. This is very important. The children can start school at any time.

The children do not have to be able to speak German yet, either. Many primary schools offer extra language lessons. The children may also attend a so-called "pre-school" (a kind of preparatory class) instead of the first grade (normally children aged between six and seven). They learn German for one year here.

In Germany, older children from the age of ten or eleven go to a so-called comprehensive school or a grammar school where they can then gain their school leaving certificates. The type of school the children go to depends on how good their grades are. As a rule, refugee children are put in regular classes at these schools. They also learn German in small groups.

Furthermore, the comprehensive schools in Lebach, Merzig, Völklingen, Klarenthal and Saarbrücken-Bruchwiese have their own so-called "welcome classes". First of all, the pupils learn German in their own group and then gradually join in normal lessons. 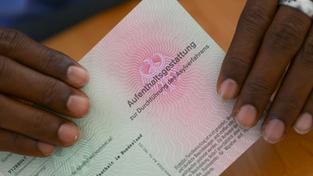 An afternoon programme of extra tuition for refugees is currently being set up in certain principal vocational training centres. The adolescents also learn German in the clearing houses even before starting school in the special classes.

Where are the schools?

Almost every municipality has a primary school. Schools for older children and adolescents are mainly to be found in larger towns. If you wish to register your child for school, it is advisable to ask an integration mentor in the community for support. 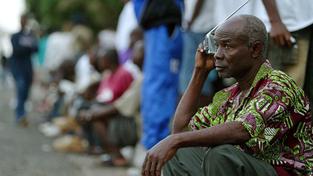